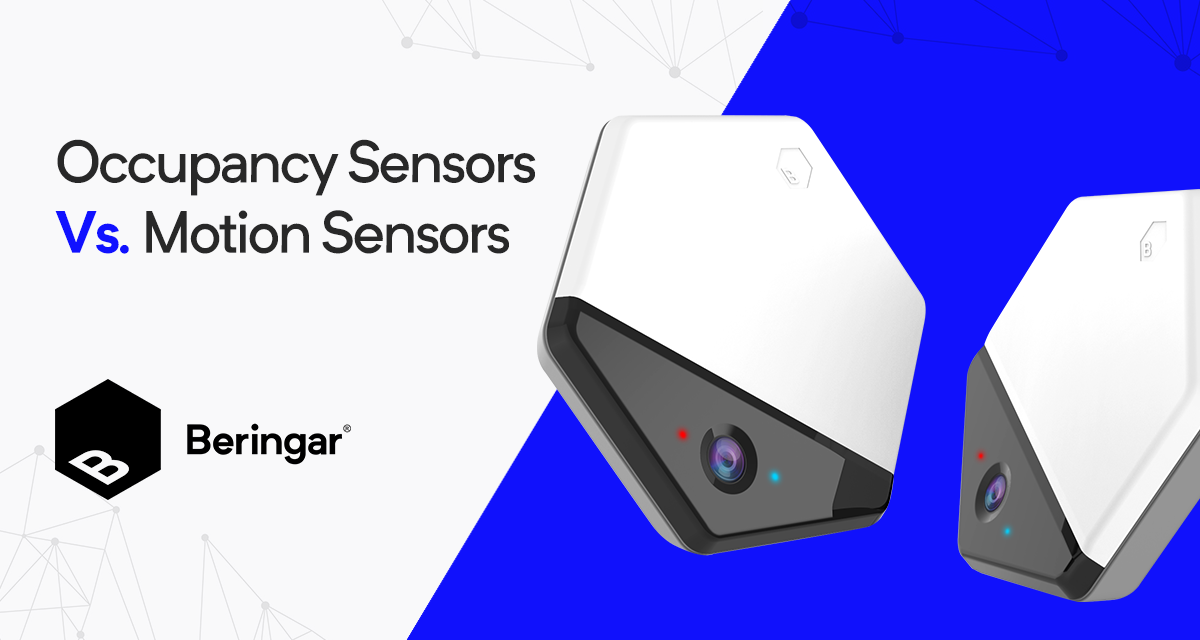 Research shows that on average, more than 25% of corporate assets are invested in real estate and that the total occupancy cost of corporate real estate is between 40% to 50% of net income.

When you’re spending so much money on office space, you want to be sure that you’re getting your money’s worth and that the space is right for your needs.

Examining your assets in order to cut costs, stay competitive and increase your market share is an important process in corporate real estate, but how can it be achieved?

One way to do this is to make use of occupancy sensors that monitor how your space is used. By monitoring office space usage, you can make informed decisions to ensure that you’re using your office space in the best possible way, helping you right-size for efficiency and productivity gains, as well as to control costs.

So, what sensors can be used to make better decisions about your office space?

What are motion sensors?

As the name suggests, motion sensors are sensors that are triggered when they detect motion.

These sensor switches are used in a wide range of situations; if you’ve ever triggered an automatic security light, it was probably due to activating a motion sensor. They’re commonplace in restrooms, used to activate hand dryers and taps. Motion sensors like this even find use in industrial settings, triggering safety protocols in machinery when foreign objects are detected where they shouldn’t be.

The way they work is simple enough; by moving into the field of the motion sensor, motion is detected and then an action is triggered.

The most common form of motion sensor is a passive infrared (PIR) sensor. PIR sensors detect infrared radiation that is emitted naturally from the human body. When you walk in front of a PIR sensor, the increase in infrared radiation creates a positive charge within the receiver.

Since PIR sensors can only detect a change in radiation levels, they won’t detect you if you are not moving. 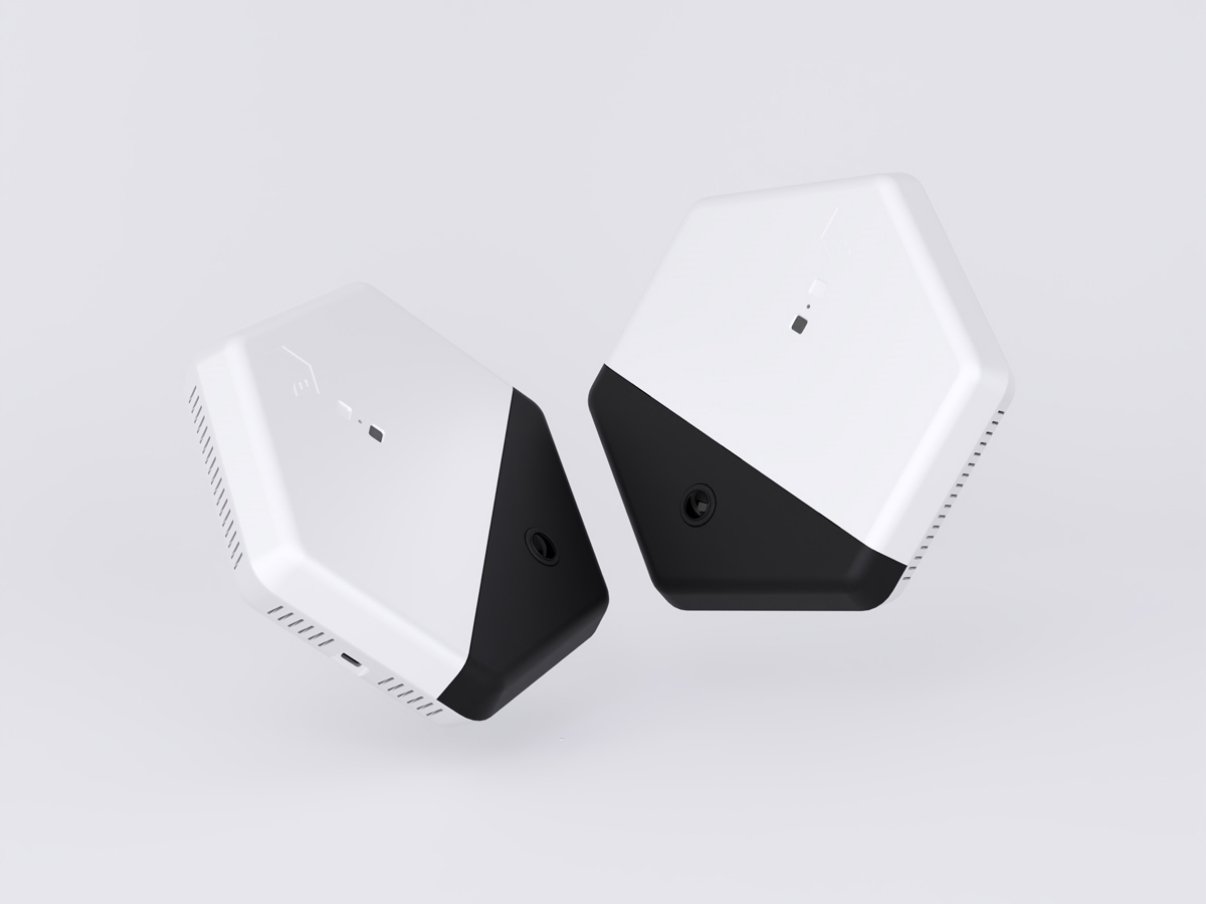 What are occupancy sensors?

Occupancy sensors differ from motion sensors in that they don’t require significant motion in order to work. Their purpose is not to detect motion, but to detect whether people are present, even if they’re not moving around.

Many occupancy sensors will use a combination of sensors and various technologies. As well as a PIR sensor, occupancy sensors may include ultrasonic (US) sensors that emit a high-frequency signal and monitor the frequency of the reflected signal. These sensors are a lot more accurate than a PIR sensor; they can detect small motions and don’t require a direct line of sight.

The best occupancy sensors, however, leverage computer vision technology, which is able to detect people through the use of cameras and sophisticated algorithms. These types of sensors can detect occupancy even if someone is not moving at all and, in the case of desk occupancy, can be effective down to the individual seat.

The benefits of occupancy sensors vs. motion sensors

The most obvious benefit of occupancy sensors is how accurate they are and how much useful data they can provide.

A motion sensor will allow you to determine when there is motion in an office, but it won’t tell you who caused that motion, where they’ve been or where they go next. Occupancy sensors can track multiple desks at once, so you can track desk usage throughout the entire office.

Occupancy sensors also allow you to see exactly how much time a desk is in use. Whilst a motion detector will only tell you when someone sits down at a desk, an occupancy sensor can tell you how long they stay there, even if they’re not moving at all.

Since motion detectors require motion to work, they can’t detect when someone isn’t there. Occupancy sensors are able to accurately determine if someone is or isn’t seated at a desk. This offers your business incredible insights, as you are able to see how often workspaces are vacant. You can then analyse whether those workspaces are being used efficiently.

By analysing how your workspace is used, it allows you to increase the capacity of your office space without the need for a highly expensive investment in additional real estate. Occupancy sensors allow you to identify wasted capacity in your workspace, which you can then utilise to increase overall capacity if required.

Conversely, through the use of occupancy sensors, you may discover that some space in your office is rarely used at all. If that’s the case, you can elect to repurpose that space for better use. If the space has been used, but very infrequently, your analysis will be able to help you find alternative capacity so that the space will become completely freed up.

Occupancy sensors are a powerful way to analyse how you utilise your meeting rooms, too.

If you have multiple meeting rooms, you may find that you can run the same number of meetings using fewer rooms. You may also find that the capacity of your meeting rooms is too large, allowing you to redesign the space and make use of the unused office capacity.

A meeting room may get used once a day and then remain unused for the rest of the time. In corporate real estate management, this is tantamount to throwing cash down the drain.

This wasted capacity can be utilised by developing multipurpose spaces. For example, a meeting room in the morning could become a yoga room in the afternoon.

Modern offices are now multifunctional spaces, and the way we manage our space must reflect that. Meeting the well-being and lifestyle demands of your employees is made all the more easier through the use of occupancy sensors, which let you see exactly how and when all the rooms in your office are being used.

One of the most common uses for motion sensors is to reduce energy costs by controlling lighting and heating. An occupancy sensor switch makes this far more accurate. You can ensure that you’re only lighting or heating rooms that are in use, without suffering from the most common downfall of motion sensors, and that is the lights going out when someone is in the room, but not moving.

Reaping the benefits of occupancy sensors

If your business is ready to take advantage of the benefits that occupancy sensors can offer, then now is the right time to invest. Beringar has developed a highly-advanced real estate occupancy solution, combining sensors and data insights to help you make the right decisions.

Learn more about how to make better use of your space and reduce your costs by up to 35% today.